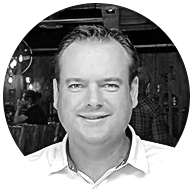 Experienced Managing Director with a demonstrated track record of working with immersive and industry leading technologies, such as augmented reality and virtual reality, 3D and artificial intelligence as well as building human capability and organizations capacity to deliver. Passionate about identifying and aggregating technologies and content required to build life long learning, to meet the opportunities of Industry 4.0

John began his career working within the mobile industry, at a time when smart phones, and widespread use of mobile data became prevalent across the United Kingdom. This career path took him into Human Capital consulting for the Information Technology and Telecommunications Industries where he worked with companies such as O2, Orange, BT & Cable Wireless, to build Talent acquisition & Management strategies.

John moved to the UAE in 2008, and lead a consultancy offering based around Talent Acquisition, into Abu Dhabi. This involved predominantly working within both Central and Commercially owned Government entities. John later created a partnership venture, whereby a model was formed, that would allow for aggregation and distribution of world class technology products, services and related content, into the UAE market. This business would focus on the use of AR, 3D Technologies, VR, Social Media & online sentiment analysis. This offering grew from being a facilitator of such products and services, to also include consultancy projects, built around the embedding of such technologies as part of both corporate media plans, as well as the learning environment, including, schools, universities and the world of work.

Prior to joining TTRO, John continued his career in the Human Capability and Capacity Industry, by moving to outsourced industries, delivering widespread Digital Transformations for business, through interim expertise delivery models. This lead to his current position as MD of TTRO UAE, where he leads both the commercial and operational side of the business, and brings with him a passion and enthusiasm for leveraging current and future technologies and content delivery mechanisms, to create more immersive and engaging learning experiences, mapped to a data driven evidence based framework, allowing senior leaders to access factual employee information, and make informed decisions.

Do you want to know more about
our team and company?

Or find out more what we do on our services page

Any cookies that may not be particularly necessary for the website to function and is used specifically to collect user personal data via analytics, ads, other embedded contents are termed as non-necessary cookies. It is mandatory to procure user consent prior to running these cookies on your website.